While CDMOs continue to expand biologics and advanced therapy services recent divestments from Lonza and Catalent do not indicate the abandonment of small molecules capabilities.

For two of the largest contract development and manufacturing organizations (CDMOs), the new year really did follow the old adage ŌĆśout with the oldŌĆ”ŌĆÖ

Catalent began 2021 by agreeing to sell its Blow-Fill-Seal (BFS) sterile contract development and manufacturing business, based at a single site in Woodstock, Illinois, to SK Capital Partners. 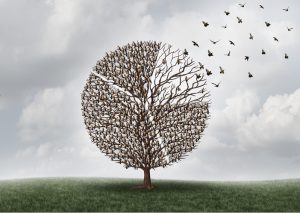 The CDMO said the proposed deal ŌĆ£will allow us to concentrate on our growing core activities of developing oral, inhaled and biologic drugs with customers, as well as rapidly extending our technological portfolio of new, emerging modalities, including cell and gene therapies.ŌĆØ

In 2017, biomanufacturing represented around 14% of CatalentŌĆÖs revenue but through heavy inhouse investment and acquisitions, the sector now represents CatalentŌĆÖs largest business division at 37%.

Both sales show a trend among top CDMOs and drug companies of divesting small molecule services while retaining or investing in biologics ŌĆō both protein and peptides ŌĆō and cell and gene therapies, says Fiona Barry, associate editor, GlobalData PharmSource.

ŌĆ£Facilities and expertise for cell and gene therapies are particularly costly and normally only the largest CDMOs have the funds to acquire these capabilities. In the last two years, Thermo Fisher Scientific acquired Brammer Bio (now renamed Patheon Viral Vector Services) for $1.7 billion and Catalent acquired Paragon Bioservices for $1.2 billion and later MaSTherCell Global for $315 million.ŌĆØ

End users, meanwhile, have followed a similar strategy, she adds. ŌĆ£Among the manufacturing sites sold by drug companies to [smaller] CDMOs in 2019, the facilities most commonly divested had solid dose commercial capabilities. The sale of these sites is being driven by the commoditization and resulting low profitability of solid dose manufacture.ŌĆØ

For Lonza, the divestment of the two lipid oral dosage form facilities comes as the Swiss CDMO looks to sell its Specialty Ingredients business.

These sales, coupled with years of heavy investment in its biologics and advanced therapies units, follow the trend in the industry but is not indicative that Lonza is exiting the small molecule space.

ŌĆ£We are focusing the business on pharma, biotech, and nutrition, but this does not mean a focus just on biologics and CGT [cell and gene therapies],ŌĆØ Lonza spokeswoman Martina Ribar Hestericov├Ī told us.

ŌĆ£Small molecules and consumer health and nutrition remain a core part of the business, and we are investing in both areas. In 2019 they represented around 40% of sales for LPBN [Lonza Pharma Biotech & Nutrition].ŌĆØ