Biogen has laid down plans to build a gene therapy manufacturing at its Research Triangle Park (RTP) manufacturing campus in North Carolina.

â€śWith this new facility, Biogen is investing in robust and scalable gene therapy manufacturing with the goal of ensuring reliable supply to patients worldwide,â€ť the company said in a statement. â€śGene therapy is an emerging therapeutic modality that may be suitable for a growing list of genetically validated targets in neuroscience.â€ť 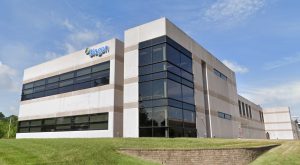 The news comes as Biogen ups its interest in advanced therapies. The firm has toyed with gene therapies for the best part of a decade, but only upped its presence in the space over the past couple of years.

After forming a gene therapy unit within the company in 2014, Biogen formed a wide-ranging alliance with AGTC to develop gene therapies for rare eye disease, among them X-linked retinitis pigmentosa. However, clinical failure for AGTCâ€™s most advanced gene therapy led Biogen to end the alliance in December 2018, giving the rights to five gene therapy programs back to the company.

And last year, Biogen expanded its presence in the gene therapy space further, first paying gene editing company Sangamo Therapeutics $350 million to collaborate on potential gene therapy treatments for neurodegenerative conditions including Alzheimerâ€™s and Parkinsonâ€™s diseases, and then teaming with Scribe Therapeutics for the development of CRISPR-based genetic medicine for neurodegeneration.