BioNTech has entered into a partnership with the State of Victoria, Australia to construct a research and manufacturing center for mRNA-based products in Melbourne.

According to the German biopharma company, the center will support ŌĆ£discovery to deliveryŌĆØ of messenger RNA (mRNA) vaccines and therapies. Additionally, as part of the collaboration, BioNTech will construct a BioNTainer facility for clinical scale manufacturing of mRNA-based products and candidates.

A BioNTainer is a cleanroom built from six ISO sized containers and consisting of one drug substance and one formulation module, which the firm says enables mRNA vaccine production in bulk. This is not the first time the firm has announced a BioNTainer-based mRNA production plan. In February, BioNTech introduced a container solution for its mRNA manufacturing strategy to improve vaccine supply in Africa. 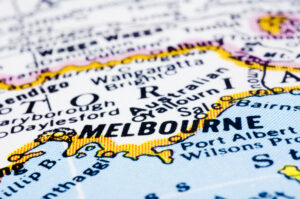 ŌĆ£Science and innovation can only make a difference if it is applied outside of the laboratories and reaches people worldwide. This partnership is a major step forward to enable access to mRNA technology and promote collaborations in the Asia-Pacific region,ŌĆØ said Ugur Sahin, CEO of BioNTech.

ŌĆ£Australia provides excellent academic research, and we are looking forward to collaborating with world-class scientists and researchers to strengthen AustraliaŌĆÖs mRNA ecosystem and to jointly develop potential novel treatments and vaccines for people worldwide.ŌĆØ

In December 2021, Moderna announced plans to build an mRNA vaccine plant in Victoria Australia, which could produce up to 100 million doses each year.

BioNTech says that the flexible modular production unit requires little space for operation, meaning that Australia would have access to timely and flexible production of various mRNA-based products across a wide range of indications.

In addition, the firm says BNT211, an autologous chimeric antigen receptor (CAR) T cell therapy combined with an mRNA vaccine will also be included in the plans to expand clinical development.

ŌĆ£We at BioNTech are committed to global public health, and as we continue to expand internationally, we look forward to working jointly to drive the development of innovative medicines,ŌĆØ said Sierk Poetting, COO of BioNTech.

While specific numbers have not been disclosed, BioNTech also said that it anticipates the facility to create hundreds of jobs during construction and operation in Melbourne.