Switching to renewable energy sources reduces the biomanufacturing industry’s contribution to global warming, saves money and is relatively easy to do, says ATUM.

Life sciences services firm ATUM has completed the installation of 26,000 square feet of solar paneling at its production site in Newark, California. The $1.5 million (€1.3 million) project give the site the ability to run on 100% solar power.

The decision to go green plays into the founders’ ethos to build a company with a long perspective, said one of ATUM’s founders Claes Gustafsson. 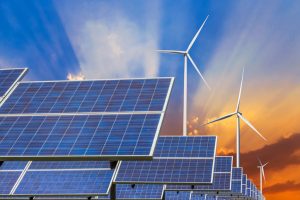 “Consistent with this ethos is to minimize our use of non-renewable energy sources,” Gustafsson – who is also chief commercial officer at ATUM – told Bioprocess Insider.

“We see global warming as the biggest challenge going forward, which was made eminently clear by last year’s fires in Northern California. Biotech consumes a lot of energy due to -80 freezers, HEPA-filtered HVAC systems, servers and much more. Switching to renewable energy sources such as solar directly leads to a reduction in our contribution to global warming.”

Moreover, the investment in renewable energy makes long-term financial sense, he continued. “Exactly how long depends on the unpredictable future cost of coal, oil and gas. At the current cost of electricity we expect to have paid off the investment in 5-10 years.” After this point, ATUM’s energy is essentially free, not counting maintenance.

It is easy being green

ATUM claims to be one of just a few biotech firms fueled entirely by renewable energy. Gustafsson attributes this to the fact that his company is in the space for the long-term while being profitable, extremely debt averse, with a very low employee attrition and no outside investors.

“I cannot answer for other biomanufacturing entities, but I’m guessing that most similar companies operate on a much shorter timeline. They expect to either exit the company within the next few years or answer to shareholders’ requirements of dividends,” he told us. Thus, a 5-10 year investment in solar panel does not make sense.

However, “California helps being the golden state with plenty of sunshine” and “there is a federal tax credit for commercial solar panels.”

He added ATUM is not off the grid. “We are still hooked up to PG&E (local power company) and sell power during the day and purchase power at night. We sell more than we buy. In case of power outage we have batteries and an industrial scale backup generator. The system is built for redundancy.”