Having its own plasmid DNA capabilities will launch Catalent into areas like mRNA and non-viral gene delivery, the CDMO says.

Catalent has entered into an agreement to buy fellow contract development and manufacturing organization (CDMO) Delphi Genetics, adding ŌĆō if the deal goes through ŌĆō a plasmid DNA (pDNA) platform and supporting production services from preclinical to Phase III.

The deal, financial details of which have not been divulged, will also bring Catalent a 17,000 square-foot facility in Gosselies, Belgium, opposite its own cell therapy manufacturing plant added through last yearŌĆÖs $315 million acquisition of Mastercell. 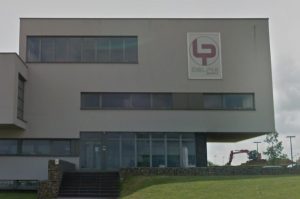 ŌĆ£pDNA is a key component in the gene therapy supply chain,ŌĆØ Colleen Floreck, VP of Global Marketing and Strategy at Catalent Cell and Gene Therapy, told BioProcess Insider. ŌĆ£It is used in more than 70% gene therapy approaches, including adeno-associated virus (AAV) and lentivirus, which currently make up more than half of gene therapy programs.ŌĆØ

She added pDNA is also used for ŌĆ£messenger RNA (mRNA) programs, non-viral gene therapy, and other technologies such as CRISPR-Cas9 and other transient transfections,ŌĆØ and so by adding its own pDNA capabilities through the Delphi deal, ŌĆ£Catalent can expand further into other emerging areas like mRNA and non-viral gene delivery.ŌĆØ

Along with process development, pilot production, plasmid design and production, strain screening and stability, Catalent will add DelphiŌĆÖs proprietary STABY technology to its offering. The firm claims the E. coli–based platform ŌĆō which can be used for protein expression, as well as for plasmid DNA product ŌĆō is easily scalable and can result in high yields.

pDNA has come to the fore during the coronavirus pandemic, as several viral-vector-based vaccines in development use pDNA in their production. However, even without the COVID-19 programs, the current plasmid market and projected growth rates are significant, said Floreck.

ŌĆ£Over 2018-2025, we forecast that the cell and gene therapy market will grow at over 30% CAGR. With pDNA being a critical component to the viral vector process, we expect that in turn the pDNA market will also experience significant growth.ŌĆØ

As such, along with the proposed acquisition, Catalent has invested an undisclosed amount to expand its Rockville, Maryland facility. The 50,000 square-foot plant was added to CatalentŌĆÖs manufacturing network in 2019 when it jumped into the gene therapy space through the $1.2 billion Paragon Bioservices buy.

According to Floreck, the upgrade will add ŌĆ£dedicated, single-use microbial capacity for pDNA production, alongside process and analytical development capabilities for pDNA,ŌĆØ and will also offer research and cGMP-grade pDNA production to support its viral vector partners from initial development through to commercialization.

ŌĆ£The site already has a fully outfitted suite with 50-liter CGMP capacity, and installation of three further suites is already in progress.ŌĆØ