Catalent plans to double fill/finish capacity at its Bloomington site and add a fourth and fifth train at its Madison drug substance facility.

During its fourth quarter FY2018 call, contract development and manufacturing organization (CDMO) Catalent said it was eyeing up a fourth and fifth biomanufacturing train at its Madison, Wisconsin plant.

And during its Q1 FY2019 investor call, CEO John Chiminski confirmed the board has approved both the expansion in Madison and a doubling of capacity at its Bloomington, Indiana plant, picked up through CatalentŌĆÖs acquisition of Cook Pharmica in September 2017. 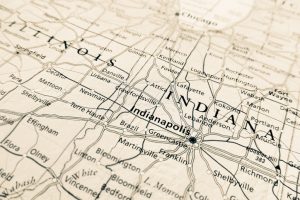 ŌĆ£Both of these are significant CapEx,ŌĆØ he told stakeholders. ŌĆ£In Madison, it’s just under $100 million [Ōé¼87 million]. The one in Bloomington is just over $100 million that will be spent over the next three years.ŌĆØ

The build outs represent between 7% to 8% capital expenditure spend as a percent of revenue.

For the first quarter FY2019, CatalentŌĆÖs net revenue stood at $551 million, up 3% year-on-year. Revenue from the Biologics and Specialty Drug Delivery segment represented $155 million, up 69% on the same period last year, attributed mostly to the Cook acquisition.

Chiminski added the investments show ŌĆ£the confidence that our board has, and the demand that we’re seeing both on the drug substance side for Madison as well as the drug product for Bloomington.ŌĆØ

He illustrated this with the number of commercialized biologics drug products being processed at Bloomington.

However, capacity utilization still sits at around 50-60% at the plant. ŌĆ£The challenge for us now is effectively allocating that capacity to the actual demand that is there. So we’re currently working through making sure that we’re doing more than allocating capacity we have and trying to fulfill the very strong robust demand that we have.ŌĆØ