Months after doubling capacity at the Gosselies site, Orgenesis has announced further plans to expand its CDMO Masthercell too feed the demand for cell and gene therapies.

Four months on and the firmâ€™s parent company Orgenesis has announced another expansion at the site having signed a lease on a 60,000 square-foot facility it says could now triple European capacity. 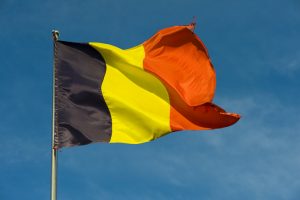 â€śThis new site is a kind of extension of our current production site,â€ť a Masthercell spokesperson told Bioprocess Insider. â€śIt is certain that the total surface area of all the installations will triple or even quadruple if we take everything into account: offices, laboratories, storage, but we donâ€™t know yet the precise number of square meters dedicated to the production.â€ť

The facility will be adapted for both autologous and allogeneic therapies and will help service the general demand for cell and gene therapy manufacturing the firm added.

While financial figures have not been disclosed, we were told the expansion will create 150 jobs at the site.

Europe and the US

The expansion comes weeks after Masthercell announced plans to manufacture across the pond through a 30,000 square-foot cell and gene therapy plant in Houston, Texas.

Vered Caplan, CEO of Masthercellâ€™s parent company Orgenesis, told us at the time the Texas site will allow the CDMO to be truly global, complementing the Belgium site and facilities in Israel and Korea, run by MasTherCell divisions Atvio-Biotech and CureCell, respectively.

The Texas site is being funded in part through $25 million (â‚¬22 million) of investment from MasTherCellâ€™s strategic partnership with Great Point Partners. The private equity firm holds a 30% stake in the CDMO.