Once complete in 2023, the facility will double the CDMOŌĆÖs production capacity for drug substance of viral vectors and make the Corbeil-Essonnes campus one of the largest advanced therapy manufacturing sites in Europe. 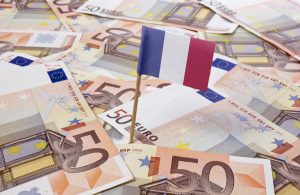 According to Alain Lamproye, executive chairman of Yposkesi, once operational the expanded facility will offer customers two additional production lines and a total of more than 4,000 L in bioreactor capacity.

Lamproye attributed the investment to ŌĆ£the need to support clients from early development up to large scale production.ŌĆØ He told Bioprocess Insider:┬ĀŌĆ£The gene therapy market is growing, and the maturity of the gene therapy pipeline is evolving quickly.┬ĀSo, the need for large scale manufacturing is important.ŌĆØ

With its manufacturing platform for viral vectors, Yposkesi was established in 2016 as a spin-off from Genethon. The CDMO previously expanded its capabilities in 2018, but this latest expansion comes months after Korean investment firm SK Holdings became the major shareholder in the entity.

According to Lamproye, SK Holdings ŌĆ£supports the project financially and on the regulatory side,ŌĆØ through its expertise in US Food and Drug Administration (FDA) compliance.