Cellectis has opened its clinical and commercial manufacturing facility in Raleigh, North Carolina making it a one-stop-shop company, says firm.

The 82,000 square-foot facility has been operational for a couple of months but Cellectis did an official opening earlier this month. The gene editing company claims its in-house capabilities provides them with a competitive advantage in the industry and complete control of supply chain from development to production of clinical materials. 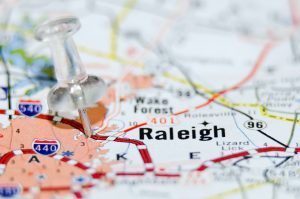 â€śCellectis is a one-stop-shop company. We are one of the only companies of our size that is capable of moving an innovative new idea from R&D to clinical trials to manufacturing and deliver directly to the patient â€“ all in-house,â€ť Steve Doares, senior vice president of US manufacturing at Cellectis told BioProcess Insider.

â€śWe believe that bringing manufacturing in-house could contribute to eliminating some of the risks for inconsistencies between treatments, ensure lead times are met so patients are never waiting for their treatment, and adaptability, as each disease targeted by advanced therapeutics may require great innovation at the level of our manufacturing capabilities.â€ť

According to Cellectis, the completion of its Raleigh plant enables it to transition from an idea through to clinical trials and potential commercialization supplies in the future.

â€śIn the cell and gene therapy space, product is defined by process,â€ť said Doares, adding â€śmastering all manufacturing processes from A-to-Z and delivery to the patient – all in-house- is a critical factor for success.â€ť

Cellectis expects to bring a total of 200 jobs to the site by 2024 and the company told us it â€śstrategicallyâ€ť selected Raleigh as the location due to its thriving biotech community and close proximity to talent.

â€śDespite some unsurprising slow-downs in hiring rates during the peak of the [COVID-19] pandemic, as well as the competition for gene/cell therapy talent here in the Research Triangle Park area, weâ€™ve been largely successful in our hiring plan, and are confident that as the Raleigh site expands, we will continue to be able to hire against our staffing plans,â€ť Doares told us.