Celltrion is constructing a third manufacturing plant at its site in Songdo, Korea and has a fourth in the works as it aims to have 600,000 L of bioreactor capacity operational by 2030.

Korean drugmaker Celltrion has four biosimilars on the market and a pipeline consisting of five other potential biosimilar products and two novel biotherapeutics. Currently the firm has 190,000 L of bioreactor capacity available to it across two biomanufacturing facilities at its site in Songdo, Incheon, but aims to increase this to 600,000 L in the next decade.

The first step to attain this is to build a third facility at the Songdo site, the firm told Bioprocess Insider. 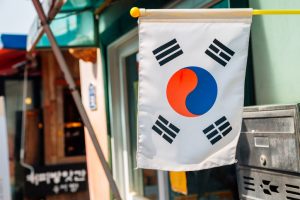 â€śCelltrion is planning to invest US $453 million (500 billion won) for constructing the third plant and global R&D center in Sondgo Incheon, Republic of Korea,â€ť a spokesperson told us. â€śThe third plant will have a capacity of 60,000 liters with 8 bioreactors and will be completed by May 2023, begin a commercial operation in June 2024.â€ť

The construction of the global R&D center will be completed in July 2022 and Celltrion expects to hire 3,000 new employees including 2,000 R&D staff.

The news is the latest in a series of turnarounds by Celltrion going back to 2016 when the company first floated the concept of building a third facility. In 2018, Chairman Seo Jeong-jin scrapped plans in favor of a non-descript overseas facility.

Then in 2019, Celltrion put plans back on the table for a Korean plant yet this was seemingly put on the backburner in January this year when the firm announced a 120,000 L biosimilars plant in Wuhan, China.

With this latest announcement, Celltrion says its domestic manufacturing capacity will total 200,000 L by 2024 and will be increased further with another facility set to be constructed at the site.

â€śThe fourth plant and bio-complex area are planned to be constructed in Songdo Incheon, Republic of Korea with a capacity of 200,000 liters.â€ť

No more information was divulged about this fourth Korean plant or others, but with the anticipated capacity adding to the 250,000 L of the first three facilities, plus the 120,000 L of capacity from the China plant, we count Celltrionâ€™s total capacity to be 570,000 L when these plans come to fruition.

And as we were told â€śCelltrion will have a total capacity of 600,000 liters including overseas plants by 2030,â€ť it seems an extra 30,000 L of capacity will need to be worked into upcoming CAPEX plans.