CGT Catapult says its venture into Edinburgh, Scotland and northern England will focus on the development and production of induced pluripotent stem cells (iPSCs).

The Cell and Gene Therapy Catapult (CGT Catapult) announced in June 2021 that it would construct offices and laboratories in Edinburgh, Scotland to support the cell and gene therapy sector and drive product development but did not disclose a specific modality.

Now, the organization has confirmed to BioProcess Insider that its move to create a cluster in Scotland and northern England will focus on iPSCs cells. Matthew Durdy, CEO at CGT Catapult told us that the firm has recognized the impact that its Stevenage, UK cluster has made. 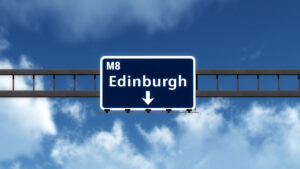 According to CGT Catapultâ€™s 2022 Annual Review, which highlights ten years of progression since its inception in 2012, the UK â€śis now home to the third largest cluster of cell and gene therapy companies in the world, which is centered around Stevenage where the CGT Catapult has one of its manufacturing centers.â€ť

Durdy said the growth of the Stevenage cluster has driven CGT Catapult to â€śdo something similar elsewhere in the UK.â€ť

â€śOur next venture is into Edinburgh, Scotland and northern England to focus down on what they have there, which is fantastic capabilities in iPS cells,â€ť said Durdy. He went on to explain that while the modality might be seen as being slow to the race, â€śthe talk is that its time is coming now [and] our timing is right to pick on Edinburgh and build an iPS cluster.â€ť

Durdy noted that as the field is â€śheterogenous in term of disease types that being pursued,â€ť it is hard to pin down a dominant modality. And while he cannot see iPSC’s knocking out chimeric antigen receptor (CAR) T development, there are companies that are developing CAR-Tâ€™s from iPSC derived cells.

The aforementioned announcement in June 2021 said that the Edinburgh site will be placed at the Institute for Regeneration and Repair located at Edinburgh BioQuarter and the center will be ran by Jacqueline Barry, chief clinical officer at CGT Catapult and will work with academic and pharmaceutical services in Scotland to push advanced therapy medicinal product (ATMP) and further build the UKâ€™s importance in ATMP development and production.

â€śIn summary, since its inception ten years ago, the CGT Catapult has played a critical role in establishing the UK as place of choice for ATMP developers and building a sustainable, technologically innovative industry, which delivers genuine impact for healthcare professionals, their patients, and the UK economy more broadly,â€ť the review states.