CDMO advocacy group the PBOA says regulatory and end-user flexibility will be key in addressing bottlenecks caused by the pressing need for COVID-19 vaccine and therapy capacity.

Industryâ€™s rapid push to develop therapies and vaccines against COVID-19 caused by the coronavirus SARS-CoV-2 has led to many announcing production deals with contract development and manufacturing organizations (CDMOs).

For example, Moderna Therapeutics, for its late-stage mRNA vaccine, has secured production capacity with Catalent and Lonza. Meanwhile, it is becoming increasingly hard to keep up with AstraZenecaâ€™s third-party partners for its vaccine candidate AZD1222: Symbiosis is the latest to be signed-up, joining Catalent, Emergent Biosolutions, Cobra, Novasep, Halix, and others. 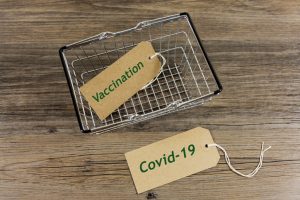 â€śWhile we’re confident in our membersâ€™ manufacturing capacity and quality, we’re all aware that flexibility is going to play a key role in meeting this challenge. And thatâ€™s flexibility from the CDMOs, the customers, the regulators and the federal government,â€ť he said during a Duke-Margolis Center for Health Policy webinar last week (the full webinar is below).

However, â€śWith the vaccine candidates that are potentially going to breakthrough, there is a strong likelihood they’re going to force out production of other products,â€ť he continued.

â€śAnd those products crowded out is going to lead to companies scrambling for alternatives, and back orders, [and] potentially drug shortages could ensue, though I’m not going that far. But second source planning would be wise for products that may find themselves competing with vaccine production.â€ť

He added that PBOA members are working with their customers to allocate capacity effectively to ensure as little disruption as possible, â€śdiscussing projects that can be delayed without disrupting supply,â€ť and investing and expansion to accommodate these needs.

This publication is as guilty as others in demanding numbers when it comes to capacity contracts, whether that is bioreactor volumes for drug substance or a number of vials churned out for drug product.

But Roth argued such figures sound striking but overlook the numerous bottlenecks in the production of these rapidly developed and unproven products.

â€śCapacity is not an easy thing to define. While a nice round number of vials per minute sounds impressive, it is not a true gauge of available capacity. Neither are liters, neither are square feet of lyo[philization]. There’s a lot of other things, a lot of numerous bottlenecks that exists. Just within fill finish there is lab testing, warehousing, vial washing, oven batching, filling, visual inspection.â€ť These factors are all overlooked when looking at the headline figure of how many vials can produced, he said.

Thus, when a developer or sponsor is looking to secure enough manufacturing capacity, Roth stressed the importance of clarity in their demands.

â€śI will say what I’ve said in response to queries from a whole ton of federal agencies and private institutions in these past couple of months: Define your terms. I’ve been in contact with BARDA, the White House, Congress, and others about available capacity in the event that a candidate breaks through and demonstrates effectiveness, and we need a crash program to make it.

â€śIn the aseptic fill finish space [for example], when I ask member companies about their capabilities and capacity on behalf of those agencies, they uniformly ask for a more specific set of parameters and terms.â€ť