Â The $1.5 billion investment is in addition to Cytivaâ€™s $500 million growth strategy that was announced in September 2020 and Â announced in January, and will fund expanding existing facilities as well as constructing new facilities in the US and the UK over the course of two years.

More than $600 million will be invested in chromatography resins used for purifying and analyzing biomolecules, $400+ million in cell culture media to expand operations in the US, UK, and Austria, $300+ million in single-use technologies, and $200 million for continued expansion work at Cytiva and Pall sites. 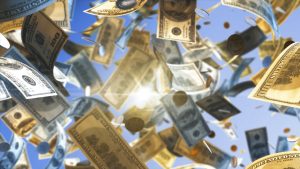 â€śA new chromatography plant will be built in the US, which is very important for the industry,â€ť Emmanuel Ligner president and CEO at Cytiva told BioProcess Insider.

Ligner told us it is investigating multiple sites in the US for the chromatography plant and will announce a location once one has been found.

â€śWe also are investing in Europe, particularly in Cardiff [UK] where we already have a site that we’re going to do something with,â€ť Ligner said, adding that all together the corporation will invest in the â€śUS, Europe, and Asia. So, in the region for the region is really the strategy that we are pushing.â€ť

Through investing globally, the firms aim to secure flexible manufacturing capacity and security of supply. In turn, if something â€śhappened at one site, you have a backup site,â€ť said Ligner.

The companies anticipate hiring 2,000 full-time employees over the next two years at existing and new facilities with Ligner stating â€śwhen you build a new site, youâ€™re also adding talent.â€ť

He continued, adding it is very important to â€śmake sure that you locate your manufacturing site close to a really good talent pool [such as] customers and universities.â€ť

The $1.5 billion investment comes after five acquisitions the companies have made this year.

At theÂ beginning of the year,Â the firm added robotic aseptic filling machines to its bioprocess offering through the acquisition of Vanrx Pharmasystems, and all its 120 staff.

And thenÂ last month, the firm acquired scientific software maker GoSilico to boost its position of leadership in the chromatography and process development spaces.