LOAd703 (delolimogene mupadenorepvec) is the first clinical candidate from Lokon PharmaŌĆÖs platform expressing TMZ-CD40L and 4-1BBL, two potent stimulators of dendritic cells as well as of T and NK cells, which play key roles in the induction of immune response against cancer cells and supporting stroma.

To support various oncology clinical trials, the firm has inked a deal with contract development and manufacturing organization (CDMO) Biovian Oy, which will make the viral vector. The CDMO will also carry out aseptic filling, stability studies, and release for clinical use. 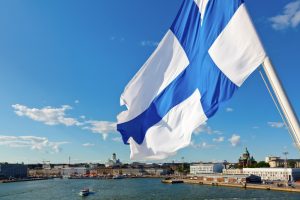 ŌĆ£Since 2004 Biovian has provided Viral Vector CDMO services to over 100 satisfied clients in the EU and the USA and we are happy that we can use our expertise in producing Lokon PharmaŌĆÖs proprietary LOAd703.ŌĆØ

Financial details of the deal have not been disclosed.

Its site in Turku, Finland, recently underwent a capacity expansion to feed the growing global demand for viral vectors.

He added another reason for the high demand is the transition from local administration to systemic delivery, which requires higher doses. ŌĆ£Also, patient populations are getting larger as gene therapy applications are no longer only targeting rare diseases. We are experiencing this at Biovian and have made strategic investments in response to the demand.ŌĆØ

ŌĆ£The new cleanroom facility is designed according to a ballroom concept with mobile equipment allowing for easy reconfiguring for each campaign. The equipment includes e.g. 200 L single-use bioreactor for suspension cell culture,ŌĆØ Ringbom told us.