In what the firm describes as a â€śprudentâ€ť move, Sana has turned its back on a cell therapy facility in Fremont, California, instead leasing a plant in Bothell, Washington.

â€śWe were presented with a new opportunity that offered significant financial benefits for the company while retaining control of our manufacturing long-term,â€ť a Sana spokesperson told BioProcess Insider. 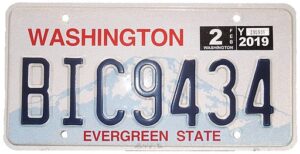 â€śAn estimated savings of over $100 million seemed prudent. We are excited about this facility, as it is close to our corporate headquarters in Seattle and provides significant cost savings compared to our previously planned Fremont, CA facility. We are also excited to tap into the local Seattle area talent when we begin operating this plant.â€ť

Bothell, located 15 miles northeast from Seattle, Washington, has a well-established biotechnology manufacturing presence with existing pre-clinical and clinical companies. Bristol-Myer Squibb (through the Celgene acquisition) makes its approved CAR-T therapy Breyanzi (lisocabtagene maraleucel; liso-cel) from a facility in the area, SeaGen has a large site nearby, and CDMO AGC Biologics is also located in the region.

â€śThis is an existing building that we are leasing and will need to be built out,â€ť we were told. â€śWe will begin the design phase immediately. The Bothell facility will be designed to support the manufacturing of Sanaâ€™s multiple product candidates across the companyâ€™s cell and gene therapy portfolio as they enter late-stage clinical development and early commercial supply.â€ť