Demand for large-scale biomanufacturing following an expansion in Denmark has driven a $2 billion investment to add a further 160,000 L of US bioreactor capacity, says Fujifilm.Â

Through an investment of over 200 Billion Yen ($2 billion) from parent firm Fujifilm Corporation, Fujifilm Diosynth Biotechnologies (FDB) aims to build and open a mammalian cell culture facility in the US in 2025.

â€śIn the US, this new investment will yield a 17x increase in mammalian cell culture tanks; our current capacity is 10,000 L, and when construction is complete, the capacity will be 178,500 L in the US,â€ť said spokeswoman from the contract development and manufacturing organization (CDMO), Christine Jackman. 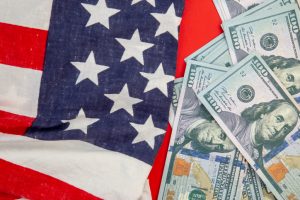 When the plant opens its doors, it will boast eight 20,000 L stainless-steel bioreactor tanks for commercial drug substance manufacture. It will also offer automated fill-finish and assembly, the firm said, including packaging and labeling services.

The exact location is yet to be divulged but the new build will be in the vicinity of an existing Fujifilm site, we were told. Fujifilm has sites in over 25 states in the US, including a biologics manufacturing site in Research Triangle Park, North Carolina, and a gene therapy production site in College Hill, Texas â€“ both undergoing significant expansions themselves.

Jackman continued: â€śThe capacity of mammalian cell culture tanks at all FDB sites will be more than tripled compared to the current level, including the ongoing-investment in the Denmark site. Our current capacity is 132,000 L, and by Spring 2025 we will reach 418,500 L capacity.â€ť

Fujifilm acquired the HillerĂ¸d, Denmark plant in March 2019 from biopharma firm Biogen for $890 million, and last June the CDMO commenced a $928 million expansion to double bioreactor capacity there to 240,000 L.

According to Jackman, the HillerĂ¸d site was a major driver in the decision to invest so heavily in the US.

â€śSince our announcement to expand our Danish site, we’ve received an influx of customer inquiries, she told us. â€śFurther, as the US is the largest market for biopharmaceuticals, we are expanding in order to meet our US customer demand.â€ť

The plant will be constructed to allow further capacity expansions depending on future demand, with the potential to install another 24 bioreactors each with a volume of 20,000 L. If fully equipped, the facility would boast 640,000 L of tank volume, making it by our quick math the largest single-facility mammalian biologics plant in the world by quite some way.

(For reference, fellow CDMO Samsung Biologics, which claims to offer one of the largest single-location capacities, will be equipped with 620,000 L after an expansion at its Incheon, Korea site is completed, but this will be spread across four facilities.)

An artist’s rendering of FDB’s $2 billion facility, location of which to be determined. Image care of FDB.

The plant will also create hundreds of new positions, we were told, which FDB is confident in filling despite ongoing shortages in the biomanufacturing workforce.

â€śWe’ve built a culture of innovation and collaboration that hasÂ attracted top talent from all over the world. Once the site location is determined, we will also work closely with local trade organizations and universities to ensure a strong talent pipeline to fill these roles.â€ť

The $2 billion plant is the second investment to be announced this week by FDB. Yesterday we reported the CDMO is setting up a $40 million plant in Watertown, Massachusetts housing experimental and analytical equipment for viral vector and advanced therapy process development, serving the gene therapy sector.