Fujifilm Diosynth Biotechnologies will increase bioreactor capacity to 240,000 L at the recently acquired site in Denmark, feeding the high demand for biomanufacturing services.

The acquisition was the largest investment both in terms of financials and in terms of capacity for the Fujifilm Corporation subsidiary, but 10 months later and the contract development and manufacturing organization (CDMO) has announced plans to spend 1 billion yen ($928 million) at the site to more than double its capacity. 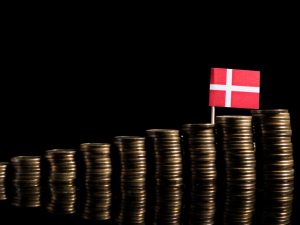 To support this investment, â€śwe will add about 300 new positions to the Denmark site,â€ť she added.

When Fujifilm acquired the site, capacity was cited at 90,000 L, made up of 6 x 15,000 L stainless-steel tanks. While those installations have not been changed, the CDMO â€śmade an assessment that theÂ tanks could potentially handle higher volumes based on process,â€ť said Jackman, and they potentially now run at volumes of up to 20,000 L.

The expansion will add another six large-scale stainless-steel tanks, giving a total capacity of 240,000 L when installation is complete, expected in the second half of 2023.

Fujifilm is also adding a fill/finish production line at the site comprising of a fully automated system capable of producing up to approximately 35 million units per annum.

Jackman declined to comment on utilization rate at the facility, though as well as counting former-owner Biogen among its customers the firm has also agreed to dedicate space to an undisclosed pharmaceutical partner to support the swift manufacture of a COVID-19 therapy for patients in lower-income countries.

â€śThe focus of the investment is to become one of the few major large-scale manufacturing facilities in the bio-CDMO industry — serving our customers needs from pre-clinical through to commercialization,â€ť said Jackman.

â€śOur data suggests that the biopharma CDMO market is growing at over 8% annually, and we are prepared to meet that demand,â€ť said Jackman.

The expansion is the largest of several made recently across Fujifilmâ€™s biomanufacturing network.

Meanwhile, the firm has invested $30 million at a Dutch cell culture media plant and pumped $120 million into its US gene therapy business.