Fujifilm Diosynth Biotechnologies (FDB) will double cell culture production for recombinant vaccines in the US and increase gene therapy production in the UK ten-fold as part of its latest investment plans.

The ┬ź90 billion ($850 million) expansion will increase capacity across a range of modalities on both sides of the Atlantic. 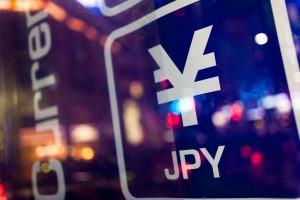 Investment is also being made in continuous manufacturing at the UK site, and process and analytical development capacity will also be added.

The expansions are scheduled to begin operating by late 2023.

With the announcement today, total investment made by parent company Fujifilm in the contract development and manufacturing organization stands at $5.5 billion over the past decade.

A spokesperson from the firm told us that while Fujifilm did not break down the revenue of its bio-CDMO business, for fiscal year 2020 (ending March 31 2021) the parent company saw global revenues of $21 billion, with its Healthcare business generating revenues of $5.4 billion.

ŌĆ£Fujifilm has set a target to achieve an annual revenue of 200 billion yen ($1.8 billion)for its bio-CDMO business by fiscal year ending March 2025.ŌĆØ

Meanwhile, in June last year the CDMO began work on a $928 million project at its Hiller├Ėd, Denmark site ŌĆō acquired from Biogen in 2019 ŌĆō to add six large-scale stainless-steel tanks, giving a total capacity of 240,000 L.

ŌĆ£In terms of tank capacity, Fujifilm Diosynth Biotechnologies is now considered at the same level as the top 10 manufacturers,ŌĆØ the spokesperson told us. ŌĆ£We see ourselves as a top tier CDMO, leading through innovation, scientific excellence and well-planned infrastructure.ŌĆØ

Teiichi Goto, president of Fujifilm Corporation, added in a statement: ŌĆ£Fujifilm will never stop in its relentless pursuit to develop new technologies and provide the necessary manufacturing capacity to meet the needs of our customers and accelerate the growth of its Bio CDMO business.

ŌĆ£We will contribute to promoting a healthy society and developing the healthcare industry by providing a stable supply of high-quality biopharmaceuticals with our advanced technologies and facilities.ŌĆØ