The investment contributes to Genezenâ€™s lentiviral and retroviral vector production, which enables the CDMO to support current and future clients to supply early phase clinical trials. 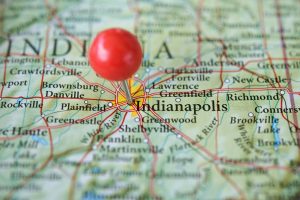 â€śLentiviralÂ vectors are the leading platform forÂ in-vitroÂ gene therapy, representing over 35% of the clinical trial market and it is a market that is continuing to expand,â€ť a spokeswoman for Genezen told BioProcess Insider.Â â€śLentiviral vector expertise is essential given the specifics of the process, there are differences from other viral vectors in gene therapy.â€ť

A 25,000 square-foot site will be constructed in the first phase, which includes a process development lab expansion expected to be completed in Autumn 2021.

The CDMO will use the lab to optimize closed and continuous processes for viral vector manufacturing. The remaining phases will be complete in early 2022.

The CDMO is actively recruiting employees and will have over 100 members of staff once the facility is completed.

â€śIndianapolis is a thriving cell and gene therapy hub with aÂ lot of pioneering organizations in the area, close connections to our partners and academics,â€ť a spokeswoman for Genezen told us.

â€śIn addition to having a thriving biotech and Pharma community that includes, the headquarters for Eli Lilly, Roche Diagnostics, and Cook Medical, the Indianapolis area is centrally located in the US and is a FedEx hub.â€ť

No specific financial details have been disclosed but the facility is funded by a majority investment from Ampersand Capital Partners.