Kite will build a 67,000 square-foot facility within its parent companyŌĆÖs site in Oceanside, California to ensure sustainable viral vector supply for its cell therapy products.

The Oceanside site will advance viral vector development and supply for both Yescarta (axicabtagene ciloleucel) and its pipeline therapies, according to Kite spokesperson Shant Salakian.

ŌĆ£This new facility in Oceanside, CA will be dedicated to the manufacturing of viral vectors and will help ensure we have the capabilities to support a robust and sustainable viral vector supply to meet the production needs for cell therapies in the future,ŌĆØ he told Bioprocess Insider. 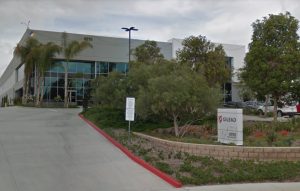 ŌĆ£As we advance our industry-leading cell therapy pipeline, expanding and investing in our manufacturing capabilities is essential to ensuring we are able to meet future needs for cell therapies.ŌĆØ

Details regarding the size of the investment and number of jobs that will be created have not been disclosed, but Salakian said the firm is ŌĆ£excited to help expand the number of life sciences employment opportunities available in this community.ŌĆØ

Kite became only the second company to receive regulatory success with a chimeric antigen receptor (CAR) T-cell therapy in 2017 when Yescarta was approved as a treatment for large B-cell lymphoma.

While the firm is owned by Gilead Sciences, which paid $11.9 billion (Ōé¼10.6 billion) ahead of YescartaŌĆÖs approval, Gilead announced earlier this year that it was to give Kite total autonomy to run as a standalone business.

ŌĆ£While Kite will become its own business unit it will not operate in isolation from Gilead and will leverage Gilead resources when appropriate,ŌĆØ Salakian told us.

ŌĆ£The existing Gilead biologics operations facility was recently renovated, and included shell space for future use. When evaluating our opportunities for viral vector production, the Oceanside facility was an opportune location.ŌĆØ

This is the latest expansion of KiteŌĆÖs manufacturing footprint.

Meanwhile in Amsterdam, The Netherlands, Gilead/Kite announced in May 2018 it is opening a 117,000 square-foot facility to support production in Europe.

And in April this year, the company announced plans to construct a facility in Frederick County, Maryland expected to begin commercial production by late 2021.