Samsung Biologics has produced the first batch of drug substance for GreenLight Biosciences from its newly built mRNA facility in Korea.

In June 2021, Korean contract development and manufacturing organization (CDMO) Samsung Biologics announced its intentions to enter the messenger RNA (mRNA) space through the building of a vaccine drug substance production facility at its biomanufacturing campus in Songdo, Incheon. 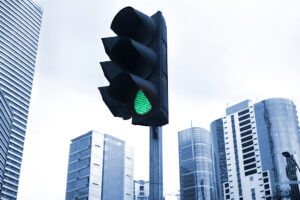 And now the CDMO has confirmed that the new facility is operational and the contract with GreenLight is fully underway. ‚ÄúThe suite became GMP ready mid-April, and we began the manufacture of first batch of DS for GreenLight Biosciences end of May,‚ÄĚ a Samsung Biologics spokesperson told this publication.

The milestone marks an important moment for the CDMO, which earlier this year cited the creation of a strong foundation for its mRNA business as a driver in its 2022 forecast.

The CDMO also has a contract in place with Moderna, and has a marketing authorization obtained by Moderna Korea allowing the manufacture of Spikevax from its production facilities for distribution within Korea.