GlaxoSmithKline has increased drug substance capacity for Benlysta (belimumab) at its Rockville site. It is GSKâ€™s second multi-million-dollar manufacturing project to open within a week

The project has now been completed, upping the Benlysta drug substance capacity at the facility by around 50%. 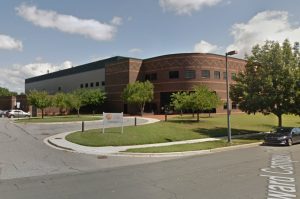 According to Maryland biotech news feed biobuzz.io, the site has 2 x 20,000 L tanks in a large scale manufacturing facility on site, and 2 x 1,600 L bioreactors in a Small Scale Manufacturing (SSM) plant onsite. â€śThis new expansion will bring a 2 x 10,000 L value stream online in the SSM building, which will increase our production capability by almost 50% to make and supply key medicines like Benlysta to patients,â€ť Craig Malzahn, VP & site director at the Rockville site told the publication earlier this year.

â€śAt GSK, we are committed to delivering innovative medicines to patients, and thatâ€™s why we invested $139 million to expand our Rockville biopharma facility,â€ť a GSK spokesperson told this publication.

â€śIn fact, the investment in Rockville is one of three US manufacturing investments weâ€™ve made since 2017 â€“ nearly $400 million total invested in our capabilities across our vaccines and specialty portfolio.â€ť

The news comes days after GSK opened a single-use drug substance plant in Upper Merion, Pennsylvania. The $120 million plant is set to begin practice runs for GSKâ€™s inducible T cell co-stimulatory (ICOS) receptor-agonist candidate, GSK3359609, in clinical trials both on its own and in combination with pembrolizumab.

And earlier this year, GSK announced increasing capacity at its vaccines manufacturing facility in Hamilton, Montana.