GVK Bio says it is adding master cell banking services to get in the GMP mindset, with a longer-term goal to expand into clinical and commercial production.

At the time, ŌĆ£AragenŌĆÖs scientific excellence and expertise in large-molecule R&D servicesŌĆØ were cited as drivers in the deal, and five years on GVK Bio now hopes to use the acquisition as a springboard into GMP manufacturing. 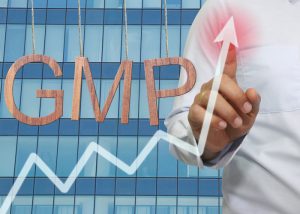 GVK Bio has invested into Aragen since the acquisition, doubling its biologics laboratory space to support demand for cell line development services. The firm uses the royalty-free DG44 cell line, which it says it has optimized to effectively double the titer, and while it is attracting substantial business in this space, Ramesh Subramanian, chief commercial officer of GVK Bio said it is missing out on the ŌĆ£big-ticket itemŌĆØ of GMP manufacturing.

ŌĆ£After developing a successful cell line, customers want to move into manufacturing and want us to carry out a tech transfer,ŌĆØ he told Bioprocess Insider at the CPhI Worldwide event in Frankfurt last November. ŌĆ£With cell line development services and no manufacturing capacity, we are losing out on the big-ticket item.ŌĆØ

As such, plans are afoot to broaden out services and add biomanufacturing to GVK/AragenŌĆÖs arsenal. The first stage, Subramanian said, is to add master cell banking (MCB) services ŌĆ£to get in the GMP thinking.ŌĆØ

A facility has already been built and is set to be operational in January as ŌĆ£an interim phase,ŌĆØ and an investment decision for manufacturing capabilities will be made by September 2020, we were told.

Specific decisions have not yet been made, but Subramanian said the initial investment will be to support Phase I-II clinical trials and comprised of completely disposable components, offering ŌĆ£speed and flexibility ŌĆō what people want.ŌĆØ

He also estimated that if this project is done organically it will require around $10 million in investment, though an inorganic move into GMP manufacturing is also an option.

ŌĆ£In small molecules, we already offer end-to-end services, and in biologics our eventual goal is to offer gene-to-clinic development.ŌĆØ