Operations at the facility will begin later this year to feed the demand for proteins and viral vectors from small to midsize biotechs says CDMO Halix.

Construction on the 6,700 m2Â plant began a year ago and this month the contract development and manufacturing organization (CDMO) announced it is ready to produce biopharmaceutical drug substances.

The facility, located in the Leiden Bio Science Park, The Netherlands, boasts a viral vaccine and viral vector manufacturing line along with a separate a separate protein manufacturing area. The site also houses lab space for process development, analytical development and quality control. 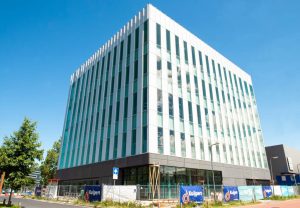 â€śThe demand will come from the growing number of viral products and projects in our industry, and the future clients here are small to midsize biotechs mainly,â€ť a Halix spokesperson told this publication.

The virus production line will have 250 L of single-use bioreactor capacity. â€śWe would also be able to produce in cell factories and roller bottles which still is a demand for small scale phase I viral vectors,â€ť we were told. â€śThe facility is flexible and big enough to install larger bioreactors if needed, but for now, we will go for 250 L single-use bioreactor scale.â€ť

The protein manufacturing line â€“ with up to 1,000 L of single-use bioreactor capacity â€“ will feed the demand for recombinant proteins, antibodies, biosimilars, and orphan drugs, the spokesperson added.

â€śThe facility and the future expansion space we have in the facility is designed for commercial production, so our strategy is, while building up a project and customer portofolio, we will also be able to close long term manufacturing deals with selected clients for commercial manufacturing and offer dedicated solutions for this.â€ť