Eli Lilly will expand biomanufacturing capacity at its site in Indianapolis. US tax reform stoked the $400 million (€362 million) investment, the firm says.

The investment at the Lilly Technology Center campus in Indianapolis, Indiana will be used to support the production of Lilly’s diabetes medicines, adding capacity and technology upgrades to its active ingredient, syringe filling, device assembly and packaging operations.

“These investments will enhance our existing facilities that make insulin, provide additional capacity for our growing portfolio of diabetes medicines and provide initial capacity for future medicines,” a Lilly spokesperson told this publication. “For currently marketed products, these would be our insulins and Trulicity (dulaglutide).”

The size of the additional capacity has not been disclosed “for proprietary and competitive reasons,” but the spokesperson confirmed a mix of permanent and semi-permanent equipment will be installed.

The investment comes two years after the firm invested $72 million in the site to support production of its products Humalog (insulin lispro) and Humulin (human insulin). 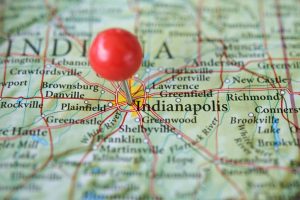 Lilly told us tax reforms passed by Congress in 2017 freed up capital to re-invest and expand production , making this expansion possible.

The ‘Tax Cuts and Jobs Act,’ signed into law in December 2017, reduced corporation tax from a top level of 35% to 21%, and made it affordable for US firms to repatriate cash held overseas.

Lilly had been one of many US-based Big Pharma firms supportive of the Act before it passed, with CEO David Ricks arguing at the time that the reforms “would go a long way toward leveling the playing field for American workers and businesses competing against their foreign peers.”

Amgen, meanwhile, cited the tax reform law as the major driver in the $160 million next-generation facility it is building in Rhode Island. During the firm’s Q4 2017 financials in February 2018, Amgen CEO Bob Bradway said the timing of the tax reform Act was “particularly relevant for us right now as we are on the cusp of deploying our so-called next-generation biomanufacturing technologies.”