Moderna Therapeutics believes its Norwood, Massachusetts manufacturing plant is a ŌĆ£competitive strategic advantageŌĆØ in the race to develop and scale-up a vaccine against COVID-19.

Moderna released data from a small Phase I study of its candidate mRNA-1273 yesterday. The trial, conducted by┬Āthe National Institute of Allergy and Infectious Diseases, showed signs that the candidate elicits antibodies at levels comparable to those found in the blood of dozens of patients who have recovered from COVID-19, caused by the novel coronavirus (SARS-CoV-2).

Now the firm says a Phase II study enrolling hundreds of patients is expected to begin ŌĆ£shortly,ŌĆØ and a Phase III study enrolling thousands is planned to start in July, making it the frontrunner in the race to develop a vaccine against the infectious disease. 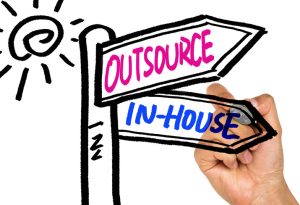 According to CEO St├®phane Bancel, ModernaŌĆÖs manufacturing strategy ŌĆō and specifically its inhouse facility in Norwood, Massachusetts ŌĆō played a major part in the speed of development and will help expedite the candidateŌĆÖs progression through the clinic and beyond, helping the firm achieve its goal of producing a billion doses a year.

ŌĆ£I believe it is a competitive strategic advantage of a company, having our own manufacturing facility from raw materials to shipping vials to clinical trials,ŌĆØ he told stakeholders during a conference call yesterday.

If Moderna had been forced to use contract development and manufacturing organizations (CDMOs), ŌĆ£we could never have been so fast,ŌĆØ he continued, adding that while four or five companies could make the mRNA for the firm, there would have been delays in waiting for empty slots and tech transfers, as well as losing on ModernaŌĆÖs own determination to expedite this project.

ŌĆ£Being in Norwood, with our own team on equipment, on facility, allows us to tell the team this is very important; this one needs to move through the system much faster than usual, and people knew the importance of this as virus was spreading, all determination just grew stronger with the day.ŌĆØ

The 200,000 square-foot Norwood site, which opened in┬ĀJuly 2018,┬Āhas capacity to develop materials for preclinical toxicology studies, Phase I and II clinical development programs, and the ability to manufacture, test and run fill/finish operations for its mRNA development candidates.

Thus to scale-up mRNA-1273, Moderna has also inked a deal with Lonza with initial manufacturing planned to take place at the CDMOŌĆÖs site in Portsmouth, New Hampshire, with a second phase planned at its┬Āsite┬Āin Visp, Switzerland.

ŌĆ£The partnership with Lonza helps to be able, assuming a 50-microgram dose, to potentially get to one billion dose per year,ŌĆØ said Bancel. The deal will increase capacity ten-fold for the COVID candidate, though Bancel suggested the firm would have preferred to have done all the production inhouse, if it had the option.

ŌĆ£Many of us wished we already had a big manufacturing plant where we could have been able to make 20 million or 50 million doses in a first month from January; that could have been amazing. Unfortunately, this caught us a bit too early in CompanyŌĆÖs history.ŌĆØ