KBI Biopharma will establish a commercial manufacturing facility in North Carolina with a co-investor, due to be operational Q1 2022.

The contract development and manufacturing organization (CDMO) is developing the facility alongside an unnamed pharmaceutical partner to support the manufacture of the latterŌĆÖs therapeutic protein programs.

KBI will provide current good manufacturing practice (cGMP) biologics manufacturing for the partner, with a spokesperson for KBI Biopharma confirming that this would represent a ŌĆ£significant amount of [total] capacity.ŌĆØ 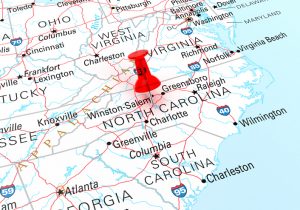 However, the site will also have capacity for the CDMO to provide services to ŌĆ£multiple additional clients.ŌĆØ The company noted that the facility would be able to produce more than 100 commercial batches annually.

The commercial-scale manufacturing facility will be located in Research Triangle Park in North Carolina and cover 140,000-square-feet.

In total, the site will create more than 200 positions in operations and quality assurance, while the space will hold capacity for six 2,000 liter, single-use bioreactor systems.

As part of the CDMOŌĆÖs announcement, it outlined that the space will incorporate manufacturing 4.0 technology into the design of the facility.

When asked for more details, the spokesperson outlined that this would involve deep learning and AI technology to create ŌĆ£an internal digital platform across all equipment and operational platforms.ŌĆØ In addition, the company is piloting digital twin technologies and implementing elements of predictive automation.

The benefits of this would include utilizing the data to identify areas for innovation and the reduction of overall lead times, as well as providing increased customer access to data and greater levels of transparency, they added.

The CDMOŌĆÖs investment in North Carolina follows on from its previously announced expansion in Europe, when last month KBI revealed that it would be sharing a Geneva, Switzerland, facility alongside its sister firm Selexis for clinical bulk drug substance manufacturing for European clients.

Both of the recently announced investments are due to be operational in 2022, with the North Carolina facility set for the first quarter of 2022 and the Geneva location for mid-2022.

In response to whether there are further plans for additional locations, the spokesperson did not confirm any such plans, stating that ŌĆ£significant investments are planned for automation and digitalization of our existing plants.ŌĆØ