Lonza will expand its cell and gene therapy (CGT) development laboratories in the US at its Houston, Texas facility and in Europe at its plant in Geleen, The Netherlands.

In addition to its Houston expansion, the firm claims it will more than double its European process development laboratory space in Geleen, The Netherlands. The CDMO will add 4,500 square feet of space and says that both expansions are anticipated to be operational by the end of this year. 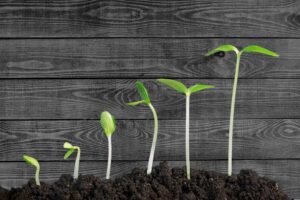 ŌĆ£As the CGT field matures and more therapies reach late-stage manufacturing, it is becoming very clear to developers and their investors that rushing through clinical stages into manufacturing with a process that is not commercially ready comes with significant challenges and risks and is not a viable strategy,ŌĆØ Behnam Ahmadian Baghbaderani, executive director, global process development, cell & gene technologies, at Lonza told us.

ŌĆ£More and more customers are now willing to spend the time and effort early to build a robust, reproducible, and de-risked process early to secure their path to commercialization and funding. This has significantly increased the value given to process-development services and the demand that comes with it. The expansion of LonzaŌĆÖs global process development service offering is an important step to meet the increasing global demand for our process development expertise.ŌĆØ

The firm says that its decision to expand its CGT space and capabilities in Houston and Geleen is due to how quickly the CGT industry is expanding. In order to meet demand, Lonza maintains that investment enables operations to take place and ultimately lead to commercialization of cell and gene products.

ŌĆ£Process development really is about balancing the rigor of the scientific mindset with the creativity required to bring those complex therapies to life,ŌĆØ said Baghbaderani.

ŌĆ£The benefit of having one global team spread across two continents enables us to bring together different experts, with different specialties and different approaches, from our European-based and US-based hubs, all working together as one team to solve these complex challenges and offer our customers a unique, best-in-class level of expertise. The global nature of our process and analytical development service also enables us to facilitate multiple early- and late-stage CGT development services as well as to complement the existing CGT offering of development services around a wide range of modalities, including autologous cell therapies, allogeneic cell therapies, viral vector-based gene therapies, and exosome applications.ŌĆØ