Count the number of contract development and manufacturing organizations (CDMOs) in the US capable of making GMP viral vector products and you get seven, according to Tia Lyles-Williams. 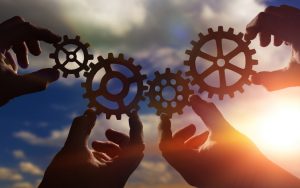 Unlike the large and well-covered CDMOs, LucasPye is a startup in the field, having recently raised $50 million in funding from investment firm Black Pearl Global Investments and its limited partners. And unlike the others, LucasPye is able to feed the huge demand for gene therapy products while cutting the costs of production, Lyles-Williams tells Bioprocess Insider.

‚ÄúIf we did microbial or mammalian cell manufacturing, it would have been a very difficult industry to enter,‚Äù she says, citing the rich history in the space and the large-scale CAPEX needs. ‚ÄúBut with gene therapies and viral vectors, we didn‚Äôt find it that hard. There is lots of activity but its very much reliant on old technologies such as roller bottles and paper documentation.‚Äù

The founder and CEO says her firm is therefore using cell line technology, single-use equipment, and lean manufacturing practices ‚Äì including e-documentation and remote working where necessary ‚Äì to offer flexible solutions for primarily start-up biotechs looking to cut the costs of cell and gene therapies.

One of the reasons Lyle-Williams believes her firm is able to be so competitive in the space is LucasPye‚Äôs model of strategically partnering with vendors. For example, she explains, a partnership with Pall Biotech means there are no premium charges on raw materials, a saving passed on to the customer.

LucasPye also has a strategic partnership with CELLTHEON, gaining access to its SMART technology. This is an off-the-shelf platform that includes a scalable commercial fed-batch cell line expression technology that has produced titers of 6-8 g/L, patented viral vectors, and ‚ÄòSupercells‚Äô that CELLTHEON claims to have been engineered to handle high levels of ER stress and unfolded proteins before quiescence is initiated, resulting in a 2-5-fold increase in difficult to express protein production. (Pall itself has a stratregic partnership with CELLTHEON, inked in 2018).

And after that? According to Lyle-Williams, the sky‚Äôs the limit. Using a similar business model of strategic partnerships and flexible footprint, a move into other pharma services including fill/finish, labelling, preclinical studies, toxicology studies, pharmacovigilance, and clinical trial management could be on the cards. Meanwhile, a second facility for 2022 is being looked at to support the continued drug substance demand.