Merck & Co. will build a 225,000 square-foot facility in Durham to support production of its HPV vaccine Gardasil, creating 400 jobs.

Merck will report its second quarter 2019 results on July 30, but for the previous quarter the firm saw a 31% year-on-year increase in sales of its human papillomavirus (HPV) vaccines Gardasil and Gardasil 9, which pulled in sales of $838 million (Ōé¼752 million).

Adam Schechter, MerckŌĆÖs president of Global Human Health, said last year that his firm is seeing ŌĆ£unprecedented increase in worldwide demand for the HPV vaccines,ŌĆØ and with strong demand set to continue Merck has focused on upping its production capacity. 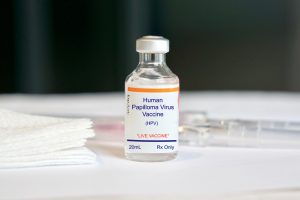 The latest venture, announced this week, will see the firm invest $650 million to construct a facility at its Maurice R. Hilleman Center for Vaccine Manufacturing in Durham, North Carolina and $30 million to expand a nearby packaging site in Wilson.

Sanat Chattopadhyay, president of Merck Manufacturing Division, described the Durham and Wilson facilities as ŌĆ£key strategic sites in the Merck global manufacturing network,ŌĆØ and thanked the strong support of the North Carolina state, which offered incentives including tax rebates.

The investment will also bring jobs, specifically 391 in Durham and 34 in Wilson. While wages will vary depending on position, the average salary for all the new positions will reach $73,382, adding approximately $29 million to MerckŌĆÖs annual wage bill.

However, 150 positions associated with MerckŌĆÖs varicella vaccine production will be lost at Durham as Merck transforms the site, ending bulk production for its drug product varicella due to market demand.

The news comes less than three months after Merck announced plans to invest $1 billion to increase production of Gardasil at its Rockingham County, Virginia site.

That investment, to be spread over the next three years, adds an extra 120,000 square-feet of production space to the 1.1 million square-foot site and creates around 100 jobs.