Merck & Co. will invest $1 billion over the next three years to increase production of its human papillomavirus (HPV) vaccine Gardasil at its Rockingham County site.

Charlie McCurdy, a spokesperson for Merck & Co., confirmed to Bioprocess Insider his firm has committed to expand the Elkton facility in Rockingham County, Virginia facility to meet global demand for its HPV vaccines Gardasil and Gardasil 9.

The $1 billion (€900 million) investment will be spread over the next three years to add an extra 120,000 square-feet of production space to the 1.1 million square-foot site. Around 100 jobs will be created. 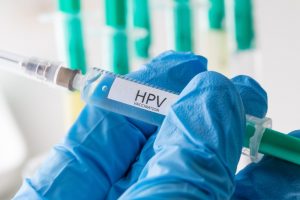 “This record investment in Rockingham County is a symbol of Merck’s strong commitment to the Shenandoah Valley and will support further economic growth in the region,” said Ralph Northam, governor of Virginia. “Merck has long been a valued employer and important corporate steward in Virginia that continues to play a vital role in advancing the 21st-century manufacturing sector in our Commonwealth.”

Demand for Gardasil and Gardasil 9 continues to rise, with sales of the HPV vaccine jumping 31% year-on-year in the first quarter of this year, pulling in sales of $838 million.

“Ex-US demand remains particularly robust with continued strong uptake in China following the GARDASIL 9 launch last May and increased gender-neutral vaccination in Europe,” Robert Davis, Merck’s CFO, said in a conference call discussing the quarter last week. The product saw a slight decline in the US, attributed to the “timing of public sector purchases, which will more than offset underlying demand.”

The investment comes six months after the firm announced it intends to spend $16 billion across its manufacturing network through 2022.

At the time, management highlighted Gardasil as a key area for expansion, with Adam Schechter, Merck’s president of Global Human Health, telling investors: “We really are seeing unprecedented increase in worldwide demand for the HPV vaccines.”

Specifically, Schechter cited changing policies in countries supported by Gavi, an international organization aimed at improving access to new and underused vaccines for children living in the world’s poorest countries, as driving demand.

“The demand will continue to grow. And after nine years in the market to see the growth that we’re seeing is really unprecedented. And I believe that that growth will continue to be very, very strong.”