Modular facilities could prove greater than the sum of their parts with innovation increasing biopharma interest in off-the-shelf plants.

An increasing number of drug industry announcements about new plants in recent years have emphasised the â€śmodularâ€ť nature of the project. Pfizer, for example, opted for off-shelf-tech for the facility it set up in Hangzhou, China in 2016.

The site, which won an ISPE award, makes biosimilars for the local market. Pfizer cited flexibility as a key motivation for choosing the technology. 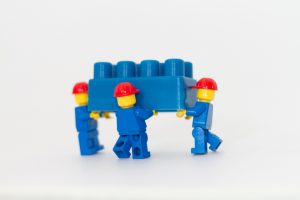 Lonza used the same justification â€“ and the same supplier, GE Healthcare â€“ for its choice of modular tech for a plant it is building last year.

At the time the contractor told us, â€śThe combination of a solid technology platform from a trusted supplier as well as a regional development authority committed to developing biomanufacturing in the region.

â€śIt will allow us to be operational very quickly, with delivery of first batches in 2020 and gives us access to a growing biotechnology hub.â€ť

The facility, which is scheduled to open in 2021, will â€śspeed up the process between product development and manufacturing for clinical trialsâ€ť according to Merck.

Cost reduction is also driving interest in modular plants according toÂ Biologics Modular, which was awarded a US patent for its cleanroom modules last week.

The firm claims the tech â€ścan guarantee minimized capital cost and shorter production timelinesâ€ť for biopharmaceutical companies that use it.

According to the patent, each preassembled module includes an ISO 8 class air filtration system including a ceiling plenum for providing clean air to the interior of the module.

But Biologics Modular is not the only firm developing off-the-shelf cleanroom technology.

Again, the pitch is that the technology combination will help biopharma companies control costs and capital expenditure.