Moderna will build an mRNA vaccine manufacturing plant in Victoria, Australia, which could produce up to 100 million doses each year, says firm.

Moderna, which sprang to success on the back of its COVID-19 vaccine, laid out plans to construct a $500 million African messenger RNA (mRNA) facility in October. Now, the firm has announced an agreement with the Australian Government to build an mRNA vaccine plant in Victoria, including access to Modernaâ€™s mRNA development technology.
While the deal has not been completed, Moderna said both parties are committed to finalizing the agreement. 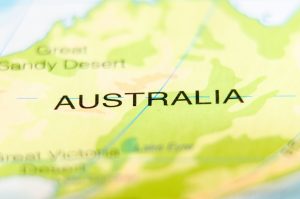 â€śI would like to thank the Australian and Victorian Governments for their collaboration and partnership,â€ť said StĂ©phane Bancel, CEO of Moderna.

â€śWe are committed to global public health and while we are still responding to this pandemic, we also want to ensure we and society learn from it. As Moderna expands internationally, we are pleased to bring local mRNA manufacturing to Australia. We believe that this sustainable national business model will have global impact and implications.â€ť

According to Moderna, the facility will provide Australia with access to locally produced vaccines against respiratory viruses, including seasonal influenza, COVID-19, respiratory syncytial virus (RSV) and various other vaccines depending on licensure.

The plant will produce up to 100 million doses of mRNA vaccines each year. In turn, this is said to bolster Australiaâ€™s capabilities to respond rapidly to current and future pandemics.

Financial details have not been disclosed but Reuters reported that the Australian media said the deal could be worth approximately $1.43 billion.