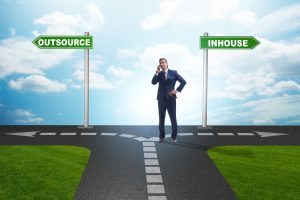 The plant went from design to completion in a year and Neurophth has already employed over 100 members of staff at its Suzhou plant.

According to the firm, it will take advantage of single-use equipment to support fast and effective product changeovers and equipment cleaning. Additionally, the company claims the facility adds to its inhouse manufacturing capacity, removing the dependence on CDMOs.

â€śOne of our key strategic priorities at Neurophth is to create gene therapies that can be manufactured consistently and rapidly while maintaining the international highest quality,â€ť Alvin Luk, CEO at Neurophth said.

â€śThis inhouse production capacity eliminates the dependence on CDMO which will allow us to bring products of our 10+ programs seamlessly from research stage to the clinic and ultimately to patients faster.â€ť

While bioprocessing contract manufacturing organizations (CMOs) in China are increasing with firms like Lonza expanding in the region rapidly, Vicky Xia from BioPlan says there is still a strong preference in China for inhouse production.

In CPhIâ€™s annual report 2021, Xia says Chinaâ€™s preference for inhouse manufacturing â€śputs the future of China-based biologics CDMOs at particularly poignant moment. Many industry analysts doubt if China really needs so many biologics CDMOs and foresee a period of mergers and acquisitions in the near future.â€ť

She added: â€śFew domestic developers have turned to external partners for commercial scale biomanufacturing. In fact, BioPlanâ€™s internal studies reported only nine commercial scale contract manufacturing deals with China-based CMOs, among which the majority are for WuXi Biologics.â€ť