Novartis is closing the doors to its gene therapy manufacturing plant in Libertyville, Illinois following a manufacturing site network evaluation.

According to Novartis, the reshape of the company will mean that operations concerning the production of Zolgensma (onasemnogene abeparvovec), a one-time spinal muscular atrophy (SMA) gene therapy â€” approved in the US inÂ May 2019Â â€“ Â will be consolidated to its Durham, North Carolina facility.

â€śFollowing a comprehensive manufacturing site network evaluation, Novartis has made the difficult decision to cease operations at the gene therapies manufacturing facility in Libertyville, Illinois,â€ť a spokesperson for Novartis told BioProcess Insider. 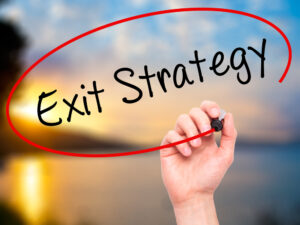 â€śThe site is expected to remain operational through the end of 2023, with some activities ceasing earlier while others will take the full time to complete. The site closure will affect approximately 275 positions. Operations to make, test and release Zolgensma will be consolidated to the Durham, North Carolina facility, which also currently produces Zolgensma.â€ť

In April, the Swiss Big Pharma firm announced that its multi-product gene therapy plant in Durham had become the second Zolgensma site after the US Food and Drug Administration (FDA) granted commercial licensure approval.

â€śGene therapies and advanced platforms are still expected to play an increasingly important role in the years and decades to come at Novartis,â€ť said the spokesperson.

â€śHowever, our most recent network assessment, along with clarified demand expectations and higher yields through process improvements, show that we can meet current and anticipated global demand for Zolgensma and future gene therapies through a single site. Consolidating our manufacturing footprint will enable us to focus additional resources toward progressing our pipeline to deliver innovative medicines to patients in other rare disease communities.â€ť

While Novartis reported in April 2022 that Zolgensma had pulled in $363 million during the first quarter, which was up 18% year-on-year due to increased access outside of the US, the firms Q3 2022 results showed that Zolgensma made $319 million in sales, which is 15% less than Q3 last year.

Novartis told this publication that it will be fully supporting its team throughout the transition and will issue a 90-day notification period, outplacement support, severance packages, and other benefits-related offerings to those affected.