Novartis will close its Longmont, Colorado biomanufacturing after over anticipating the amount of capacity needed to produce Zolgensma and other gene therapies.

When Novartis acquired AveXis in May 2018, it quickly began expanding its manufacturing network to support the then lead candidate Zolgensma (onasemnogene abeparvovec-xioi1). By the time the gene therapy won US approval as a treatment for spinal muscular atrophy (SMA) in May the following year, Novartis was confident it had built up a sufficient production footprint for launch and beyond.

At the time, management said demand for Zolgensma would be ŌĆ£unprecedentedŌĆØ (a solid 10 months before that word became overused) and spoke of having over one million square-feet of manufacturing space on hand. 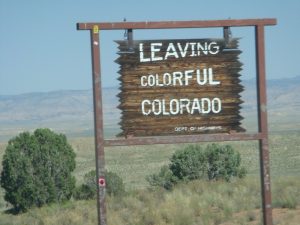 This included 700,000 square feet of space at the Longmont, Colorado facility, which had recently been purchased from fellow Big Pharma firm AstraZeneca for approximately $30 million.

While the plant officially opened its doors in January 2020, production wasnŌĆÖt set to begin until this year. But this week, Novartis has unexpectedly pulled out of the Colorado site and announced it will close the facility by July.

ŌĆ£At the time we acquired the Longmont facility, we anticipated that we would require all three sites (Libertyville, Illinois; Durham, North Carolina, Longmont, Colorado) to meet the needs of our business,ŌĆØ a Novartis spokesperson told BioProcess Insider in an email.

ŌĆ£Based on the evolving dynamics of the gene therapy landscape and progress that weŌĆÖve made with process improvements, we now know that we can fulfill our long-term demand, including for patients who may benefit from our next wave of gene therapies, with two commercial sites coupled with the technical development capabilities at our San Diego site, as well as our extensive network of external partners.ŌĆØ

The Durham site has been subject to two investments┬Ātotaling $115 million, aimed at establishing a gene therapy manufacturing center, while Novartis has expanded product development at a facility in San Diego, California.

ŌĆ£Given product forecasts along with streamlined processes and productivity gains, we believe that we will be able to meet our current and future needs for Zolgensma with our updated site strategy. We will now focus on meeting the needs of patients through our Libertyville and North Carolina sites, where we will continue to invest in next-generation processes,ŌĆØ the spokesperson continued.

ŌĆ£We anticipate filing for commercial licensure in North Carolina later this year, and ultimately both of these sites will share responsibility for Zolgensma production. North Carolina will also be responsible for clinical- and commercial-grade production of OAV201, OAV401 and additional pipeline therapies to follow.ŌĆØ

Following its US approval, manufacturing questions delayed approval in other jurisdictions, including Europe and Japan, but the gene therapy ŌĆō which at $2.1 million for a single dose makes it the most expensive drug in the world ŌĆō is now being rolled out and has been earmarked as a key growth driver for Novartis. Last year, the therapy pulled in $920 million in revenue for the firm.

The Longmont and short of it

Along with the $30 million it paid to buy the six-building complex, Novartis told us it made ŌĆ£significant investments as we prepared the site for licensure.ŌĆØ

While the firm is hoping to recoup some of the spend by ŌĆ£exploring all options for divesting the site,ŌĆØ it is unlikely to come as much comfort to the approximate 400 staff who, according to local paper the Broomfield Enterprise, are being offered severance packages, job-placement support and some benefits.

Longmont has seen a rapid turnover of Big Pharma owners over the past few years. Amgen once used the plant to produce drug substance for its blockbuster biologics Epogen (Epoetin) alfa and Aranesp (darbepoetin alfa).

But in October 2016, AstraZeneca acquired the plant for an undisclosed fee, with plans to use the site ŌĆō together with the nearby LakeCentre facility in Boulder, also bought from Amgen,┬Āalbeit two years prior┬ĀŌĆō to support its biomanufacturing ambitions.

However,┬Āan operational restructure in 2019┬Āsaw AstraZeneca offload both Colorado sites in efforts to consolidate its biomanufacturing operations at its Frederick, Maryland site. The Boulder plant was picked up by CDMO AGC Biologics last year for around $100 million in June 2020.