Novartis is making a multi-year investment across three European manufacturing sites to support a growing early-stage pipeline of next-generation biologics. 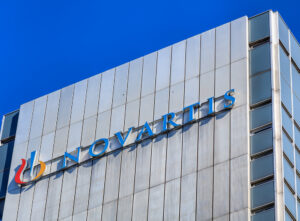 The rolling early phase biologics investments will focus on meeting the needs of an ŌĆ£increasingly sophisticated next generation biotherapeutic portfolio,ŌĆØ we were told, ŌĆ£ensuring Novartis has the most advanced technical infrastructure matched by the highest level of capabilities.ŌĆØ

The company, which is spinning-out its generics and biosimilar division Sandoz, has over 30 molecules in its Innovative Medicine pipeline.

ŌĆ£At Novartis we have seen an increasing contribution of biotherapeutics to our portfolio with the continued growth of Cosentyx, Lucentis, Xolair & Ilaris. Within R&D this trend is also visible with an increasing percentage of biologics making its way from NIBR into the development portfolio,ŌĆØ we were told.

ŌĆ£This is one of the primary objectives of our commitment to this multiŌĆÉyear capacity and capability build in people, technologies and clinical manufacturing.ŌĆØ