CDMO Fujifilm Diosynth Corporation will receive up to $185 million after Novavax cancelled a Commercial Supply Agreement (CSA) relating to its COVID-19 vaccine.

According to an SEC filing, the CSA dated August 20, 2021 and a Master Services Agreement (MSA) dated June 30, 2020 between Novavax and Fujifilm have been terminated.

As such, Novavax will now pay the contract development and manufacturing organization (CDMO) up to $185 million in a settlement payment. This comprises of $48 million paid in September, and four equal quarterly installments of $34.3 million each beginning March 31, 2023. 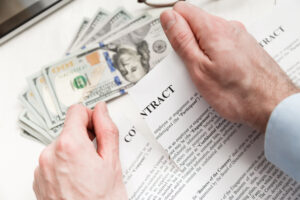 ŌĆ£Under the Settlement Agreement, Fujifilm is required to use commercially reasonable efforts to mitigate the losses associated with the vacant manufacturing capacity caused by the termination of manufacturing activities at FDBT [Fujifilm] under the CSA, and the final two quarterly installments will be mitigated by any replacement revenue achieved by Fujifilm between July 1, 2023 and December 31, 2023,ŌĆØ the filing states.

Early in, late out

Novavax was one of the forerunners of the COVID-19 vaccine pioneers, attempting to bring its prefusion protein-based vaccine NVX-CoV2373 ŌĆō made using NovavaxŌĆÖ proprietary nanoparticle technology and MatrixŌĆōM adjuvant ŌĆō to market with help from┬Ā$1.6 billion of US government assistance through the ŌĆśOperation Warp SpeedŌĆÖ program.

The firm inked a web of deals with third-party manufacturers in preparation of an approval, including the June 2020 deal with Fujifilm for the production of bulk drug substance from its site in Morrisville, North Carolina.

The vaccine won approval in Europe last December, and has been endorsed across various other jurisdictions ŌĆō including the US ŌĆō throughout 2022.

But while Pfizer/BioNTech, Moderna, J&J and others won approval for their relative vaccines and were administering billions of doses worldwide, Novavax was suffering from production issues, which held back approval and led CEO Stan Erck to tell investors back in August that his firm was ŌĆ£late to the market.ŌĆØ

By the end of the second quarter 2022, the firm had delivered over 73 million doses of its vaccine. However, this paled in significance to the billions of doses of rival vaccines ŌĆō particularly the messenger RNA products ŌĆō administered since the pandemic began, and with demand for vaccines dropping off, NovavaxŌĆÖs share price has dropped to a fraction of what it was in December 2021.

This is the latest example of a CDMO contract being terminated in light of COVID-19 vaccine demand falling worldwide. Last month, Valneva ended its manufacturing partnership with IDT Biologika following a reduction in demand for its product VLA2001 from the European Commission.