Novo Nordisk will rebuild a facility in Treyburn, North Carolina acquired from Purdue Pharma to support an oral form of its GLP-1 analogue semaglutide.

In an email sent to staff and posted on cafepharma.com, Craig Landau – CEO of OxyContin maker Purdue Pharma – said an evaluation of his firm’s manufacturing operations and capabilities has resulted in the sale of its Treyburn solid oral dose plant to Danish drugmaker Novo Nordisk.

Financial details of the deal have not been divulged, but Novo Nordisk spokesperson Mette Kruse Danielsen confirmed to Bioprocess Insider that the plant will be responsible for the tableting and packaging of oral semaglutide, and future oral products, supporting its nearby production site in Clayton along with its production facility in Denmark. 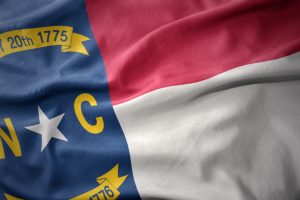 Semaglutide is Novo Nordisk’s glucagon-like peptide (GLP)-1 receptor agonist used to increase the amount of insulin that the pancreas releases in response to food in adults with type 2 diabetes. The approved subcutaneous product is marketed under the brand Ozempic, but the firm has filed a once-daily oral semaglutide in both the US and Europe.

Purdue constructed the 150,000 square foot solid dose manufacturing facility in 2014 to provide redundancy and as a backup facility for its Wilson, North Carolina plant. According to Danielsen, “significant rebuilding is needed” to convert the site for Novo Nordisk’s use.

“After that follows months of testing and run-in before we are ready to apply for FDA approval of the plant. It will most likely take a couple of years.”

Following the close of the deal, Purdue will lease back the Treyburn space from Novo Nordisk, occupy it through the fall, and plan to vacate the facility as of December 1.

An initial report by WRAL Techwire stated hundreds of jobs at Treyburn are at risk, but the publication has since said that 80 employees who work there could be affected.

Novo Nordisk told us while it is too early to confirm, many of the staff could be retained: “At this point, we really can’t speculate on our staffing needs and what they may mean in terms of jobs for current Purdue employees in Durham, but we do know that we will need qualified resources to refurbish and ultimately run the facility.”