The University of Texas MD Anderson Cancer Center has acquired the 60,000 square-foot Houston facility and entered into an agreement to manufacture cellular therapies for Bellicum Pharmaceuticals.

The $15 million (Ōé¼13.8 million) sale, first announced in January, went through this week and sees MD Anderson Cancer Center take over operations at the Houston, Texas site less than a year after Bellicum completed the buildout of the manufacturing space.

The sale took place following an evaluation of BellicumŌĆÖs manufacturing strategy as it looks to lower its operating expenses, which contributed to a loss from operations of $87 million in 2019. 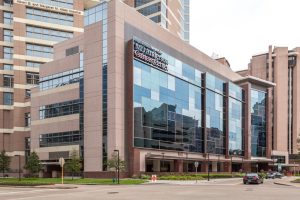 ŌĆ£The primary reason for the disposal is to reduce the Company’s fixed operating expenses by transitioning from an in-house clinical supply manufacturer to a third-party manufacturer.ŌĆØ

As such, Bellicum has inked a preferred supply agreement with the MD Anderson Cancer Center, which will produce BellicumŌĆÖs chimeric antigen receptor (CAR) candidates from the plant, while also manufacturing its own internal programs.

BellicumŌĆÖs CAR-T and CAR-NK (Natural Killer) therapies are based on the firmŌĆÖs GoCAR technology platform, which aims to enhance effector cell proliferation and functional persistence by resisting exhaustion and driving production of immunomodulatory cytokines, overpowering the inhibitory signals from the tumor microenvironment. Lead CAR-T candidate BPX-601 is in clinical proof of concept studies for pancreatic cancer.

The firm has also got an allogeneic polyclonal T-cell candidate ŌĆō Rivo-cel (BPX-501) ŌĆō in early-stage development for pediatric leukemias, lymphomas, and inherited blood disorders, and is actively seeking a strategic partner to move it forward.