Part of this investment includes the construction of facilities in the US and the UK over the next two years. 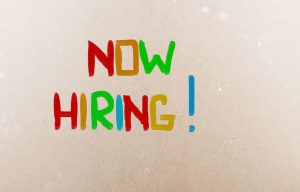 The firm has already hired 100 employees over the summer, but Joseph Repp, president, Pall Life Sciences told BioProcess Insider â€śwe have 300 more positions to fill at the site.â€ť

â€śWe are partnering closely with local government and state agencies, the Duncan community, chamber of commerce and business leaders to raise awareness of our business and new operations in Duncan,â€ť said Repp.

â€śWe are also advertising to recruit for 300 open positions in Duncan, holding career fairs and believe our comprehensive benefits package and opportunities for career advancement will attract the talent we need to grow our business here.â€ť

According to Pall, the local talent pool in South Carolina is what attracted it to invest in the area.

â€śThe South Carolina area is very attractive to us and will provide us with access to some of the best talent in the country for both professional positions and manufacturing roles with opportunities for advancement,â€ť Repp told us.

Single-use equipment has become a standard part of the biomanufacturing landscape. A report in September 2020Â Â estimated that around 85% of pre-commercial product manufacturing involves very substantial single-use systems-based manufacturing, while disposable equipment is being used in a commercial setting.

Such demand, meanwhile, has shot up further due to coronavirus pandemic with some reports of lead timesÂ up to 12 monthsÂ on some products in the industry.

Pall is not the only firm expediting single-use supply. Other firms include MilliporeSigma accelerated its plans in March to add a single-use assembly production unit at its site in Molsheim, France.

Meanwhile, biopharma tubing firm Venair also broke ground on a $6 million Spanish facility to double the companyâ€™s single-use equipment capacity in May and in September, Thermo Fisher also doubled its single-use capacity through construction of its $100 million plant in Wilson County, Tennessee.