Pfizer is set to expand its vaccine research facilities in Pearl River, New York to keep ahead of the game in the mRNA space.

Bloomberg reported that Pfizer will invest $470 million to construct a building and renovate existing facilities located on its campus in Pearl River, which is 25 miles northwest of New York. A spokesperson confirmed this to BioProcess Insider, adding the plant will focus on the firmâ€™s messenger RNA (mRNA) portfolio. 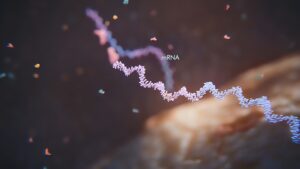 Pfizerâ€™s vice president and chief operating officer of vaccine research and development Steve Bjornson told Bloomberg the firm has â€śbeen in a constant situation of running out of space [â€¦] weâ€™re trying to keep up with the portfolio and enable the expansion of mRNA capacity.â€ť

Furthermore, the decision the expansion is to provide Pfizer with â€śan edgeâ€ť in the competitive mRNA vaccine space, in which various scientists and companies harbor expertise.

According to Bloomberg, Pfizer considered various locations for the facility but picked Pearl River due to its proximity to New York, Connecticut, New Jersey, and the Hudson Valley.

Additionally, the campus has been used for laboratory research to advance its vaccine programs, including its partnership with BioNTech, which saw the pair become the first companies to bring a messenger RNA-based product to market, namely the COVID-19 vaccine Comirnaty (BNT162b2), whichÂ received emergency use approval inâ€ŻDecember 2020.

In February 2022 Pfizer told shareholders during its Q4 2021 earnings call that the jab has generated $36.8 billion sales worldwide for the full year in 2021. Looking ahead, however, sales will drop, the firm predicted, thoughÂ $32 billion of sales is still expected forÂ this year.

Like many companies, Pfizer is looking beyond COVID-19 in the mRNA space. In March 2021, the firm spoke at the virtual Barclays Global Healthcare Conference and said it expects to see continued sales beyond 2021 through the likelihood of a need for a revaccination program. But Â beyond COVID-19, Pfizer has its eye on leveraging the mRNA platform to develop other vaccines, starting with influenza.

Once complete, the expansion will create 150 jobs at the Pearl River plant.