French drugmaker Pierre Fabre says contract manufacturing is not a priority as it looks to sell two facilities to CDMO Fareva.

The two facilities Pierre Fabre is hoping to offload are an oncology injectable plant in Pau, and a monoclonal antibody production plant in Saint-Julien-en-Genevois, both in France. Both have been making products for others.

Pierre Fabre focus is not on being a contract development and manufacturing organization (CDMO), said spokesperson ValĂ©rie Roucoules and so the decision to sell the two sites will allow the firm to concentrate on its own product pipeline. 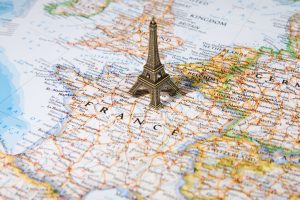 â€śContract manufacturing is not a priority for the group and the two sites would therefore benefit from taking over by a CDMO specialized company like Fareva,â€ť Roucoules told us.

Negotiations with Fareva are ongoing and a sale has not been finalized, though further details especially on the financial side have not been divulged.

The Saint-Julien-en-Genevois site is fully equipped with single-use technologies up to the 2,000 L scale and is capable monoclonal antibodies (MAbs) and antibody-drug conjugates (ADCs).

Fareva, while being one of the larger players in the small molecule active pharmaceutical ingredient (API) and finished formulation space, has relatively little presence in the biologics area. If the deal goes through, the plant will be Farevaâ€™s first foray into monoclonal antibody production. However, according to Roucoules, all staff will be retained, and the plant will continue operations as normal.

While a departure from production, Pierre Fabre remains committed to antibody R&D and has 100 staff at a research site also in Saint-Julien-en-Genevois. Two clinical stage antibodies will continue to be produced for Pierre Fabre from the manufacturing plant, albeit under new management.