According to the contract development manufacturing organization (CDMO), the recently opened 1,500 square meter facility located close to Rome will have production scales of up to 3,000 L and produce viral vectors for vaccines and gene therapies.

‚ÄúThanks to the operational authorization of this expanded facility, the ReiThera team, which combines high-level scientific knowledge with extensive experience in the engineering and bioprocessing of viral vectors, will be able to support companies engaged in the development of products in the field of vaccines and advanced therapies, from the fine-tuning of small-scale production processes to production on a commercial scale,‚ÄĚ said Stefano Colloca, chief technology officer at ReiThera. 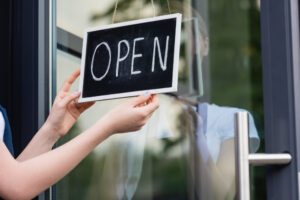 The CDMO claim that it has invested more than ‚ā¨15 million ($14.7 million) into the plant, which has been designed to be able meet the increasing global demand for viral vector production and offer its clients maximum flexibility in processing scale.

Furthermore, ReiThera say that the facility is able to accommodate GMP productions based on Adenovirus, adeno-associated virus (AAV) and lentivirus ranging from 50 L through to a maximum of 3,000 L. Additionally, the firm says the plant has the latest generation bioreactors with capacities of 200, 1,000, and 2,000 L.

The Castel Romano Technopole facility will serve ReiThera‚Äôs customers, which it says ranges from small biotechnology firms through to large global pharma companies.