Five months after launching, Resilience has acquired Ology Bioservices bagging a facility in Florida. The 200,000 square feet of biomanufacturing space joins a growing footprint, which includes a plant in Fremont, California subleased from Orchard Therapeutics.

Financial details regarding the acquisition have not been disclosed, but Ryan Flinn, a spokesman from Resilience told us the addition of contract development and manufacturing organization (CDMO) Ology brings more than 200,000 square feet of mostly biologic drug substance manufacturing space, along with 300 employees.

Ology operates a multi-purpose, multi-product facility in Alachua, Florida with the ability to accommodate up to four x 2,000 L single-use bioreactor runs. While OlogyŌĆÖs business is mostly focused on biologics production, the CDMO boasts of cell and gene therapy, live viral vaccine and vector, and oncolytic virus capabilities, on top of monoclonal antibodies. 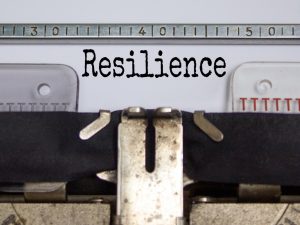 Ology has a second 35,500-square-foot facility in Alameda, California, in the works, set to offer ex vivo┬Āgene therapy manufacturing when it opens later this year. This site will also be incorporated into ResilienceŌĆÖs network.

Ology also brings Resilience more than $1.8 billion in US government-awarded contracts. Recent examples include a $37 million contract to develop and make a monoclonal antibody (mAb) cocktail (ADM03820) against COVID-19 for the Department of Defense (DOD), and a $106 million army contract to secure production capacity of approximately 186,840,000 doses of critical vaccines and therapeutics for COVID-19.

ŌĆśNational ResilienceŌĆÖ ŌĆō less formerly known as Resilience ŌĆō launched in November 2020 with $800 million in hand and an aim to address capacity issues in the advanced therapeutics area.

ŌĆ£We have always been interested in much more than cell & gene therapy from the beginning ŌĆō one of the motivating factors for our founder, Bob Nelsen, to start the company last year during the pandemic was to build a better supply chain for vaccine production,ŌĆØ Flinn told us.

ŌĆ£In addition to vaccines, we also noted in our launch press release in November that we would be working on viral vectors and proteins.ŌĆØ

Since then, the firm has been stealthily building up its manufacturing capacity.

In February, the company took over the Allston facility in Boston, Massachusetts from Sanofi-Genzyme, adding 310,000 square-foot of mainly biologics space and around 250 staff.

A 136,000 square-foot facility in Mississauga, Ontario, Canada has also been added through the quiet acquisition of CDMO assets from Therapure Biopharma.

And Resilience also is subleasing a 153,000 square-foot facility from Orchard Therapeutics, Flinn confirmed to this publication. The plant had been under construction by Orchard but the firm changed its strategy in May 2020 to rely on third-parties as part of a refocus away from ultra-rare diseases to more common conditions.