TheÂ Korean contract development and manufacturing organization (CDMO)Â saw revenue of KRW444.3 billion ($328 million) in the fourth quarter of 2021, up 18% on the comparable period in 2020.Â Â

Profits increase 39% to KRW128.8 billion. For the full year revenue and operating profit grew 35% and 84%, respectively.Â 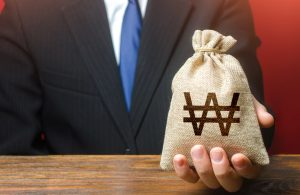 Samsung also said its fourth quarter operating margin jumped 29% due to increased utilization across all manufacturing plants as well as an improved product mix.Â

“With a steep increase in demand for medicines due to the prolonged COVID-19 pandemic, there was a great need for CDMO capabilities around the world to ensure a reliable supply of high-quality biological products.â€ťÂ

Looking forward, Samsung said it had created a strong foundation for its mRNA business foundation.Â Â

The CDMO alsoÂ saidÂ construction of its fourth plant â€“ plans for which were announced inÂ 2020Â â€“ isÂ six months ahead of schedule and predicted that manufacturing operations would begin before the end of the year.Â

In addition, it reiterated plans for aÂ fifthÂ manufacturing facility. It said that the plant will house capacityÂ for the production ofÂ cell and gene therapies and next-generationÂ vaccines utilizing mRNA,Â pDNAÂ and viral vectors.Â

Samsung also announced plans for an open innovationÂ centerÂ at its base in Songdo, South Korea and said it intends to further expand â€śits global footprint beyond its San Francisco R&DÂ center.â€ťÂ