Novartis has opened a CHF 90 million ($91 million) manufacturing site in Stein, Switzerland to support its cell and gene portfolio.

The facility in Stein, about 20km east of Basel, opened its door last week ahead of the predicted 2020 date, bolstering the firm’s global network. 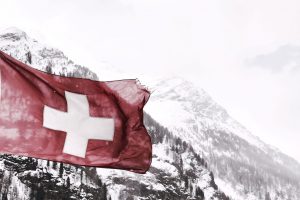 Photo by eberhard grossgasteiger on Unsplash

“The construction of the new manufacturing facility is another investment in the production of breakthrough cell-based therapies that can potentially change the lives of patients,” Steffen Lang, global head of Novartis Technical Operations, said in a statement.

The site will support European production of Kymriah (tisagenlecleucel), the firm’s US Food and Drug Admistration (FDA) approved CAR-T product, along with other cell and gene therapies. The site also has capacity to make what the firm describes as “innovative, difficult-to-manufacture solid dosage forms such as tablets and capsules.”

As well as Stein, Novartis’ CAR-T network includes a facility in Morris Plains, New Jersey and a 3600 m2 facility in Les Ulis, France, added through the acquisition of its one-time contract development and manufacturing organization (CDMO) CELLforCURE. And in China, Novartis acquired a stake in Shanghai-based manufacturing partner Cellular Biomedicine Group (CBMG).

Novartis also, through its acquisition of AveXis in 2018, has a growing manufacturing network to support Zolgensma (onasemnogene abeparvovec) and its gene therapy pipeline, with a footprint of over one million square feet and growing.