Touchlight has received the first phase of planning approval for its manufacturing facility in Hampton, UK and extended its funding round to $125 million.

Hampton, UK-based firm Touchlight announced in March it had raised ┬Ż42 million ($58 million) through a fundraising round led by Bridford Investments Limited, which would see the firm expand its London facility.

Now, the company has extended its fundraising to a total of ┬Ż92 million ($125 million) on the back of increased demand for its synthetic DNA vector, dbDNA. TouchlightŌĆÖs synthetic DNA vector is often referred to as ŌĆśdoggybone DNA (dbDNA),ŌĆÖ which it says can be produced far quicker than traditional plasmid DNA ŌĆō weeks versus months. 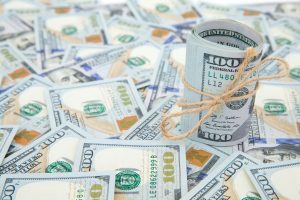 A spokesperson for the firm told us ŌĆ£a significant proportion is going on extending the manufacturing capacity,ŌĆØ but could not provide us with an exact figure.

Touchlight has previously revealed plans to add 11 additional DNA production suites, which will triple its London-based DNA manufacturing capacity. The firm claims that once opened in 2022, the plants production capacity will reach up to one kilogram of DNA per month, equaling to enough for one billion messenger RNA (mRNA) vaccine doses.

According to the firm, its rapid build times are due to simple DNA manufacturing rooms and equipment allowing Touchlight to be online within one year.

The project also includes the repair and renovation of a remaining part of the Riverdale and Morelands buildings located on the River Thames.

The expansion will see Touchlight hire up to 60 employees.