Vertex Pharmaceuticals announced it will build a $595 million facility during the dedication of its Center for Cell and Genetic Therapies building in Boston this week.

The same year, the firm announced the establishment of a cell and gene research and manufacturing site in the Boston area, which was dedicated this week under the name ŌĆśJeffrey Leiden Center for Cell and Genetic Therapies.ŌĆÖ 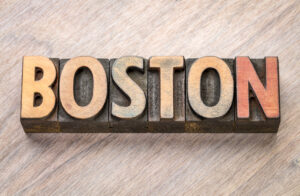 But during the dedication, the firm has announced it is to begin the construction of a second facility to support the rapid growth of cell and gene therapies within VertexŌĆÖ pipeline.

The 344,000 square-foot expansion at BostonŌĆÖs Seaport will house labs, offices, and manufacturing capabilities for approximately 500 additional employees, and the two facilities together will be known as the Leiden Campus.

ŌĆ£This expansion is a sign of our deep commitment to Boston and the larger Massachusetts innovation ecosystem,ŌĆØ said Jeffrey Leiden, executive chairman at Vertex. ŌĆ£These buildings represent a further significant investment in our unique R&D strategy, to transform the lives of people with serious diseases, like sickle cell disease and type 1 diabetes, using cutting-edge genetic and cell-based therapies.ŌĆØ

Vertex CEO Reshma Kewalramani added: ŌĆ£Vertex is at a new inflection point, and our continued expansion will enable our continued growth as we work to bring many more transformative ŌĆö if not curative ŌĆö medicines to patients who are waiting.ŌĆØ

According to a spokesperson, the project will cost around $595 million in total and be completed in 2025.