VGXI has set up an RNA pilot production suite at its facility in Woodlands, Texas citing growing demand from gene therapy developers. 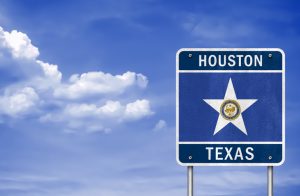 The RNA suite will be set up in Woodlands, near Houston. Image: iStock/gguy44

The pilot plant was set up as part of the VGXI licensing deal with the Houston Methodist Research Institute.

The CDMO said it will continue to work with the Instituteâ€™s RNACore group â€“ a research team focused on RNA synthesis â€“ to set up a large-scale GMP mRNA production facility.

In a separate announcement VGXI said it has hired construction services company BE&K Building Group as Design-Build Partner for the initial phase of the manufacturing site.

It said the planned 240,000-square-foot facility will house multiple flexible production suites to support both DNA and RNA-based biopharmaceuticals at all phases of development through commercial supply.

The plant is expected to be operational in two to three years.

The investment is in keeping with the DNA vaccines partnership VGXI forged with Geneos Therapeutics earlier in the year.

VGXI cited growth of the gene therapy sector as the basis for its investment in RNA capacity.

â€śVGXI has identified and selected a suitable location for the construction project, with approval granted in November for a $1.2 million incentive during a special council meeting by the City of Conroe.â€ť

The Texan CDMO joins the growing list of contractors trying to tap the gene therapy sector. In recent months both Fujifilm and Cytovance have cited demand for gene therapy production services as an expansion driver.

The firmsâ€™ comments fit with the dynamics observed by the pharmaceutical research and manufacturers of America (PhRMA).

AccordingÂ to the industry group, at present there are 289 cell and gene therapy products in development, which is a marked increase on previous years.